How Would You Respond to this Pro-Abortion Argument?

The original comment can be found here, on this post at the SecularProLife.org blog, if you want to read more of its context. I've already responded, but I'm just curious as to how others would respond.


Women still die from pregnancy, and it doesn't matter how rare or how common certain afflictions are. It is a FACT that not every complication can be predicted, prevented or cured. Women will die. Period. We can't predict which women will die, or how many. But some will die. By forcing women to remain pregnant against their will you are effectively denying women the inalienable right to life. You are rolling the dice with women's lives.

What would you say to this person? 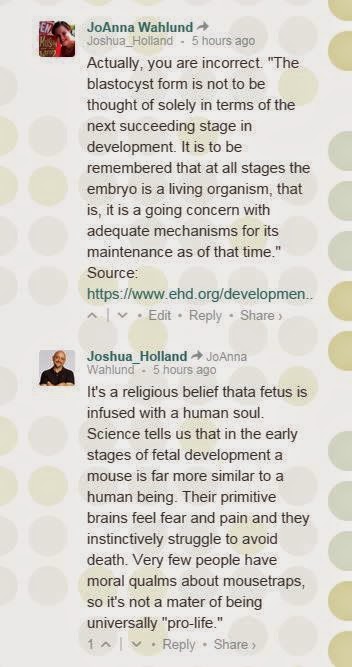 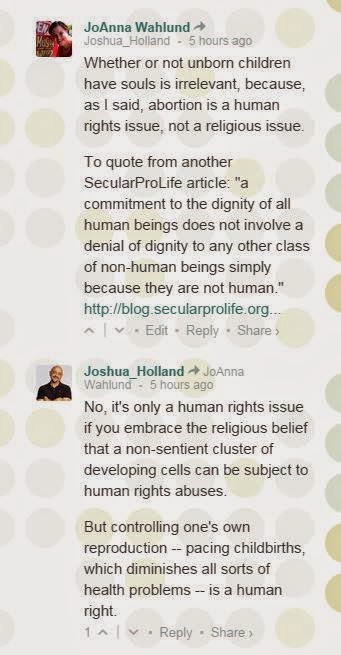 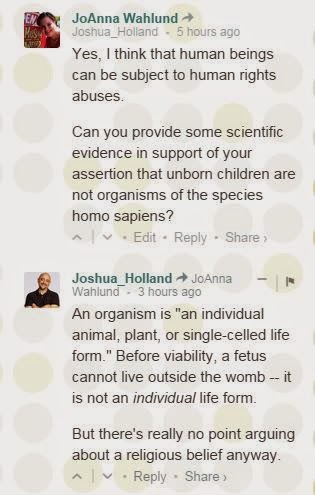 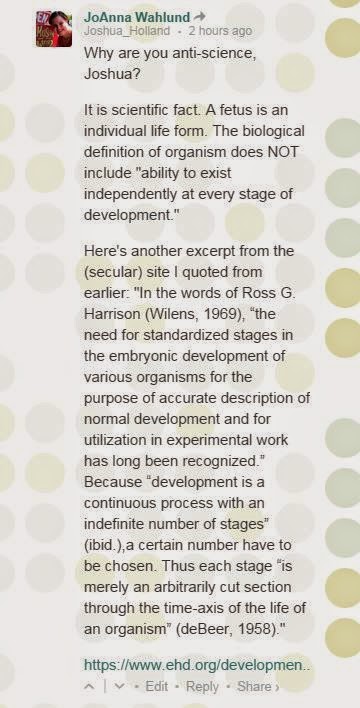 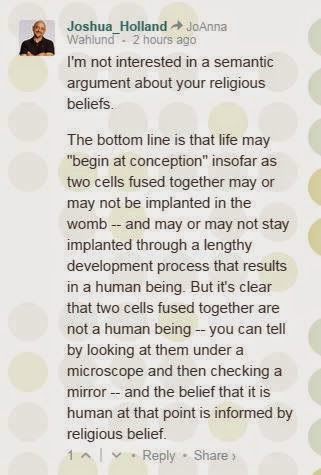 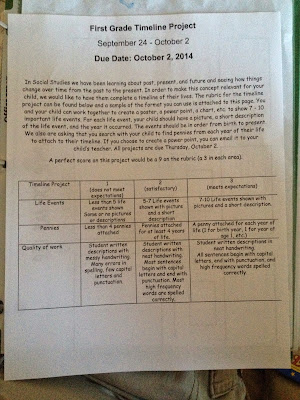 No concrete news on Collin's job front yet, sigh. Continued prayers are appreciated.

I wrote an article for SecularProLife last week about why it's horrible to call abortion and miscarriage the same thing. (You wouldn't think people would need that explained, would you?) You can read it here: Precision of Language, Please, New York Times

Do yourself a favor and don't read the comments; apparently the article struck a nerve with many pro-abortion trolls, one of whom called Noel, the baby I miscarried in 2006, a "meatball." Stay klassy, pro-abortioneers.

Peter turned 11 months old on the 7th! I can't believe my baby is going to be a year old soon! I took this adorable YouTube video of him the other day; while I was filming, he said one of his three words ("Mama"!). The other two words he says are "Dada" and "Kee" (kitty).

He's not crawling yet but he is getting very, very close - it should be any day now. Plus he's been trying to pull himself up to a standing position lately. *sob* Where'd my baby go??


I did see "The Giver" a few weeks back and I thought it was excellent! Don't believe the reviews -- the changes made were, I thought, mostly necessary. (It wasn't a perfect movie, but by and large it was very well done, I thought.)

Collin and I celebrated 13 years of marriage on September 1! We were able to see a movie ("Guardians of the Galaxy," which was also excellent!) and then go out for dinner. We had a marvelous time.

My carpool partner found a new job so starting next week I'll be driving alone again. :( I haven't had any luck finding a new partner, but hopefully I will. Not being able to take the carpool lane is going to be frustrating.