The big news last month was that Patheos atheist blogger Leah Libresco had moved her blog to the Catholic portal and was beginning RCIA. I've read Leah's blog on and off for the last few years, and of course I couldn't tear myself away from the comboxes. One commenter, Donalbain, said the following (emphasis mine):


While I wish you well in your religious choice, I cannot support the Catholic Portal on Patheos while it is headed by the vile, hateful Anchoress writer. I think you will be a horrible fit for that group of people, who seem to blog about nothing else other than how gay people and women who control their own bodies are evil. Good luck and I hope being a Catholic makes you happy, and I hope that you can prod a change in the Catholic Portal, but for me, this is the end of reading your blog.

I offered him $100 if he could provide a direct quote where a Patheos Catholic blogger said that "gay people and women who control their own bodies are evil," but he never responded so I guess he couldn't find one.

I've written before about how the Catholic Church does not teach that gay people are evil -- quite the contrary, in fact. But my mind boggles at the notion that he believes the Church teaches that "women who control their own bodies are evil" -- not just because he's wrong, but because he believes women can control their own bodies at all. Heck, if I could control my own body, I'd eat at In 'N' Out Burger three times a day (with Ben & Jerry's at snack time) and still look like this: 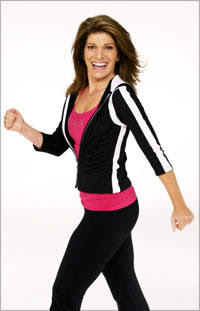 I can choose to take action or I can choose inaction, but I have no control over how those actions affect my body. I have the information gleaned from my use of NFP, and a very educated guess about if I'm in the fertile or infertile phase of my cycle, but once I've made the choice to have sex, what happens next is out of my hands. The sperm will seek an egg without my input.

I could try to ingest carcinogens to try and prevent an egg from being released, but it could happen anyway. I could tell my husband to put a barrier between us to prevent his sperm from entering my body, but I can't control if that barrier tears or breaks or just doesn't work.

I can make healthy, sensible choices regarding my diet, medication, herbal supplements, etc., but ultimately I can't will myself to ovulate, nor can I will conception (or non-conception).

Abortion is indeed control, but in that it is an attack by the powerful on the weaker. A woman "controls" her body by killing the child she created as a result of her own choice (or, in the case of rape/incest, the child that was created when a rapist decided to unjustly exert control over his victim).

It's inherently unjust and evil to "control" another human being by ending their life just because you are the stronger one, which is why the Church teaches that it is a sin to exert that control over the weakest and most vulnerable among us.

In short, the Catholic Church teaches that women can only control their choices, not their bodies, and that women should make those choices in accordance with the moral law. Ultimately, however, even the Catholic Church cannot control the choices that women make, nor does She try. She only asks that those of us who profess her faith adhere to Her teachings. (I'm looking at you, Melinda Gates.) Frankly, I don't think that's too much to ask.
at July 12, 2012