Collin has several job prospects on the horizon. I don't want to go into more detail than that, so apologies for the vagueness, but could you please pray for us and our discernment?

Congratulations to Amy (and her husband) from This Cross I Embrace! I have been praying for them for years, and I'm so overjoyed that they are parents at last! I was so happy when I heard the news that I teared up.

Peter had an orthopedist appointment yesterday. The doctor said his feet continue to look great! He did order some adjustments to his brace, but the pediatric orthopedics shop was booked so we can't get those done until next week. 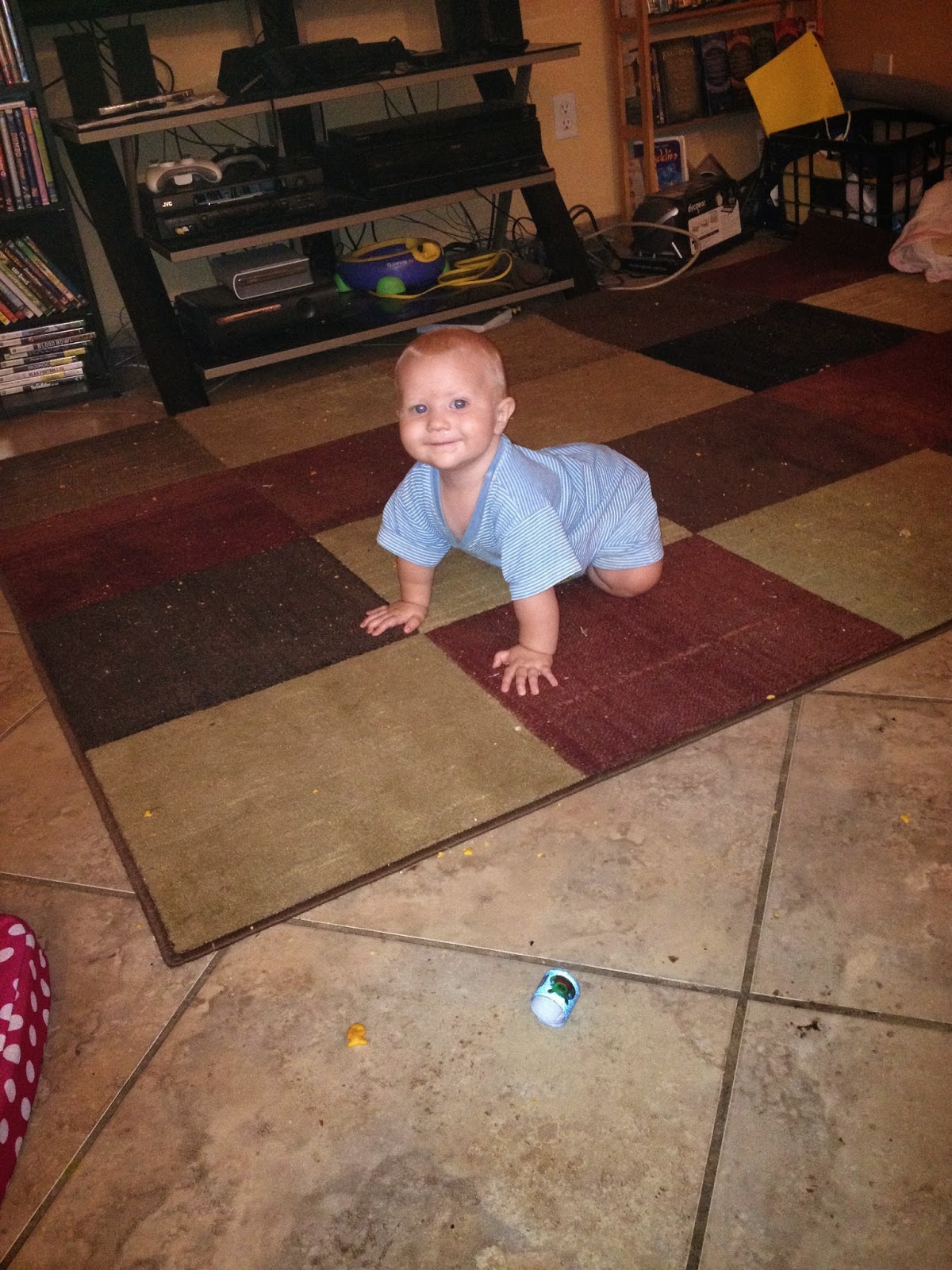 He hasn't quite figured it out yet, but he's very close. *gulp* 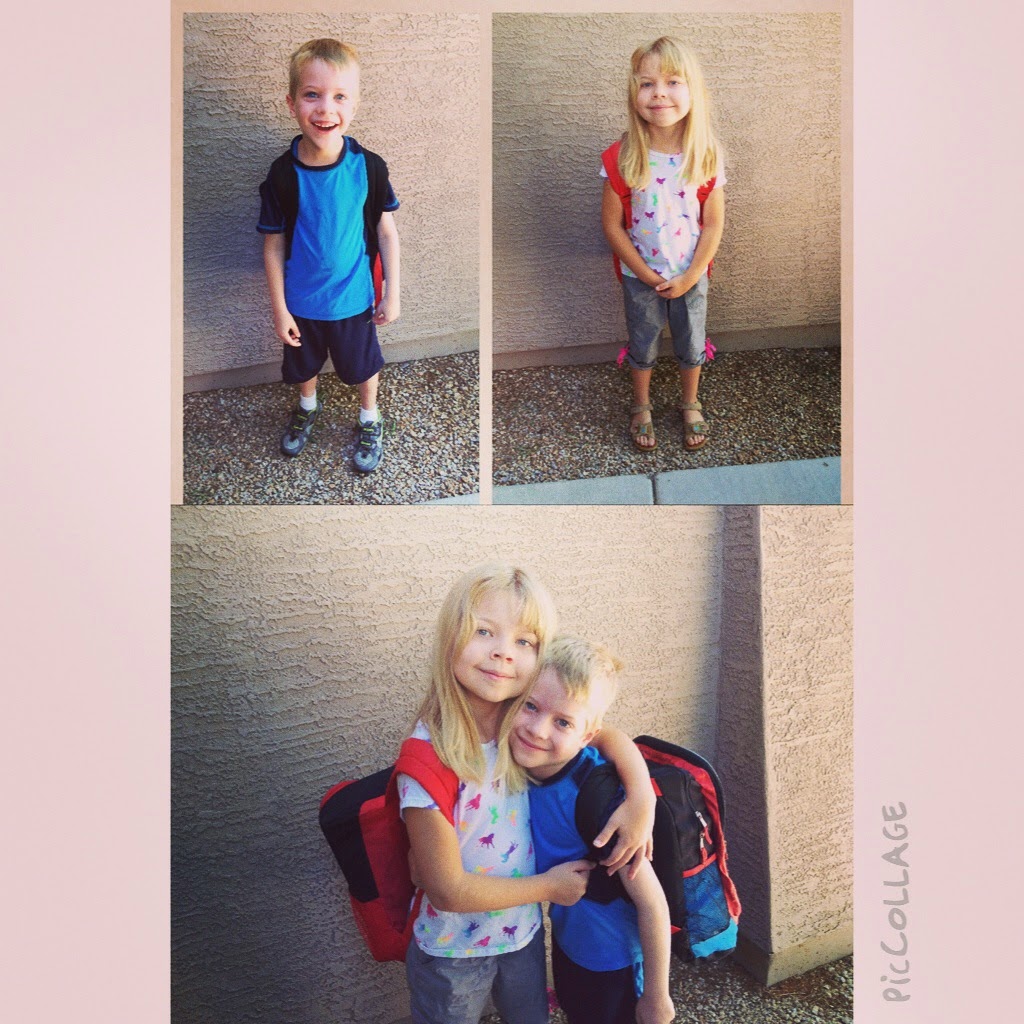 In contrast, here is a picture of me and my brother in 1987, on our first day of school -- he was starting 3rd grade and I was starting 1st grade.

I'm going to try and see The Giver this weekend (Collin saw it last weekend and liked it quite a bit). I've read that while there are some notable differences from the book (which is one of my favorite books of all time), Lois Lowry approved them all and also said that some made the story better.

Did you know that The Giver has three sequels? I'm actually surprised at how few people know that. I didn't know myself until a few years ago, and I only read the fourth very recently. (The fourth is the best of the sequels, in my opinion, but they are all great!)