--- 1 ---
Elanor had her first T-ball practice yesterday. It went surprisingly well. I was a little apprehensive beforehand because she's never participated in any kind of organized sport before, but she was excited, enthusiastic and did a really good job of following the coach's directions. I was also afraid that she'd inherited her parents' complete lack of anything resembling athletic ability, but she managed to hit and catch decently enough for a 6-year-old. Maybe the complete lack of coordination has skipped a generation. :P


--- 2 ---
Remember how I said last week that I wanted to get her a pink glove? Well, call me Mother of the Year, because it suddenly occurred to me on Tuesday that my daughter, like her mother, is left-handed, and thus she needs a glove to wear on her right hand. Of course, there is not a single place in Phoenix (that I could find) that carried a right-handed pink T-ball glove. I would have ordered the dang thing online weeks ago had I remembered that she was left-handed. I ended up having to get her a boring black-and-white one instead (it was the only one at the sports store I went to that was right-handed, in her size, and didn't cost an arm and a leg). In retrospect I guess it's good to have baseball gloves that are gender-neutral, in the event that Violet and Baby W. ever reuse them. Still... she would have been so cute. Oh well.


--- 3 ---
Happily, I ended up only having to buy one Halloween costume this year (William's Spiderman outfit) as Elanor decided to be Princess Tiana again - thankfully her costume from last year still fits. Our plan is for me and Violet to stay home and hand out candy while Collin takes the older two trick-or-treating. If Collin gets a call at 6:29pm from a long-winded, whiny customer who won't shut up, I swear I'm going to reach through the phone lines and slap him or her. I hate the nights when he gets a call a few minutes before his shift ends and ends up having to take an hour or more to deal with it.


--- 4 ---
William asked me what I was going to be for Halloween, and I replied, "I'm going to be a pregnant mommy." He considered this, shook his head, and declared, "No, you need to be a princess, because you're my princess." He even found me a princess crown to wear from Elanor's dress-up stash. So, I guess I'll be a pregnant princess. 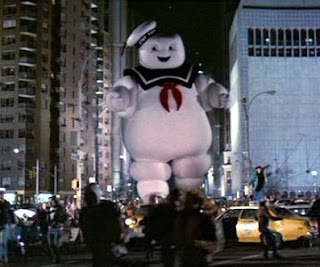 It's quite the resemblance right now.
--- 6 ---
Forty-nine days until my due date. As cool as it would be to have a December 17 baby (it's the 11th anniversary of our engagement as well as my grandma's birthday) I'll be good with anytime after December 1. I'm ready for this pregnancy to be over so I can walk without pain. At least I start working from home after Thanksgiving - getting rid of the 2+ hour commute (one hour there, about an hour and a half home) will help significantly.


--- 7 ---
Collin's employer announced yesterday that they're continuing with the mandatory overtime for the next two weeks. This was after a week of all the employees assuming that it was no longer required -- that's right, they announced mandatory overtime with less than 24 hours notice. Apparently some of his co-workers are single parents and are frazzled about having to find childcare on the weekend on such short notice, one of his co-workers may have to cancel his vacation, and Collin's upset because he'd thought that he'd be able to have something resembling a relaxing weekend for a change. *sigh* It doesn't help that they're severely understaffed right now. So, prayers for stress relief and peace of mind would be appreciated.