Dusting off the blog because I had an amazing conversation on Facebook the other day, and I just had to share it. I think this is the first time I've had a conversation with a pro-choice person on Facebook where the person actually considered my points and my evidence, and freely admitted when her assertions were wrong. It's a Year of Mercy miracle!

This happened on a friend's wall, not my own, so I've blacked out the pro-choice person's comments in black and the comments of all other participants in red. The very last comment comes from the friend on whose wall this conversation took place.

This conversation is long (twenty-four screenshots!), but I think it's worth reading. 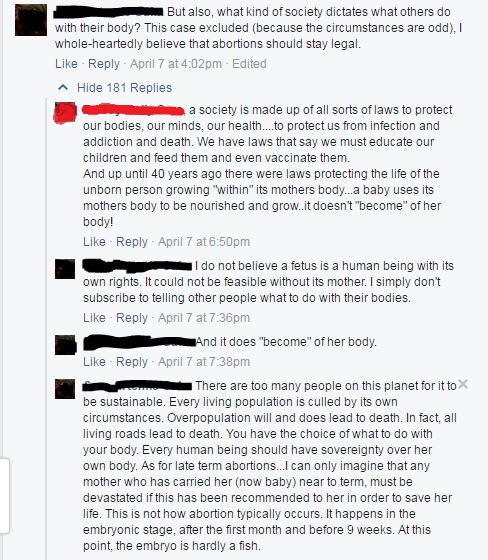 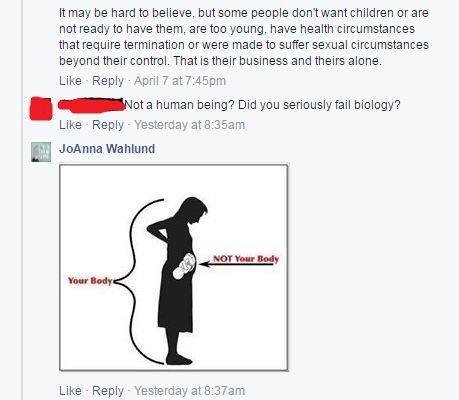 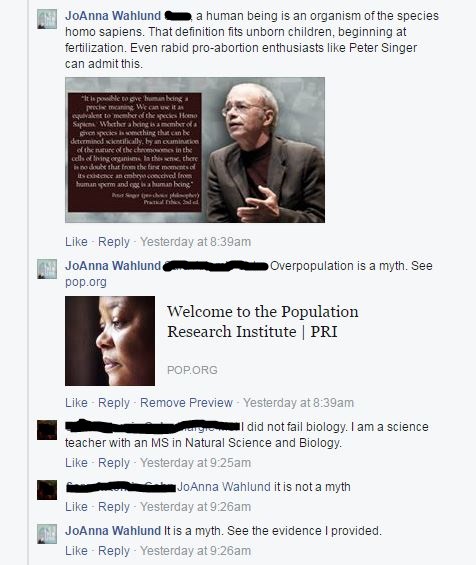 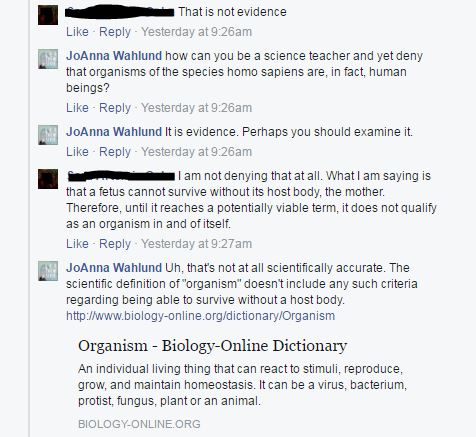 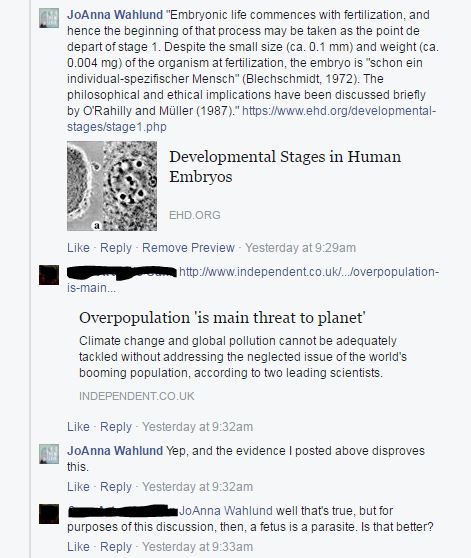 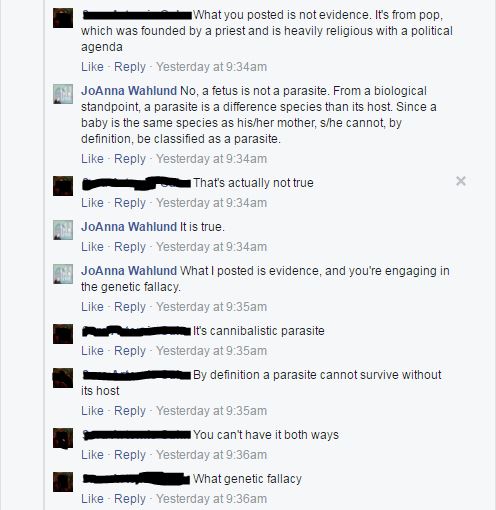 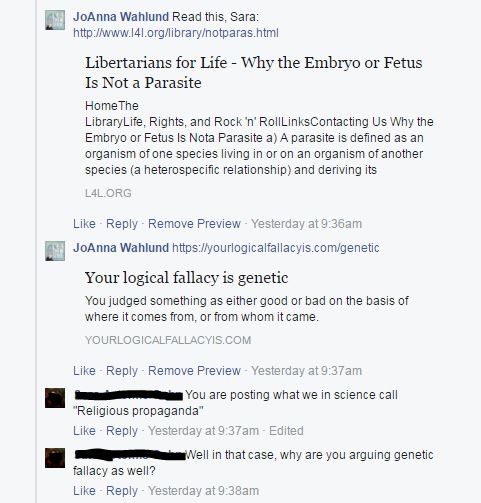 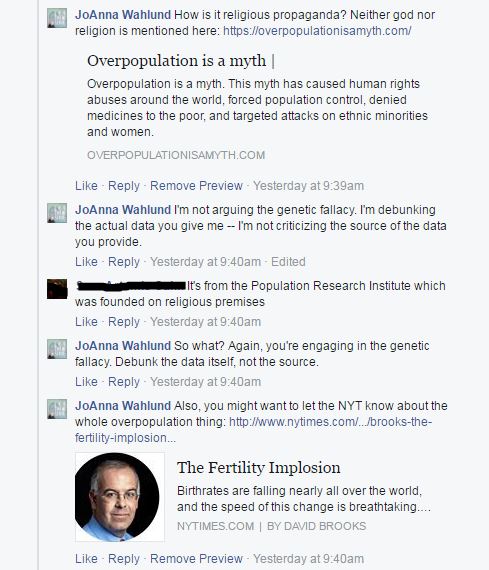 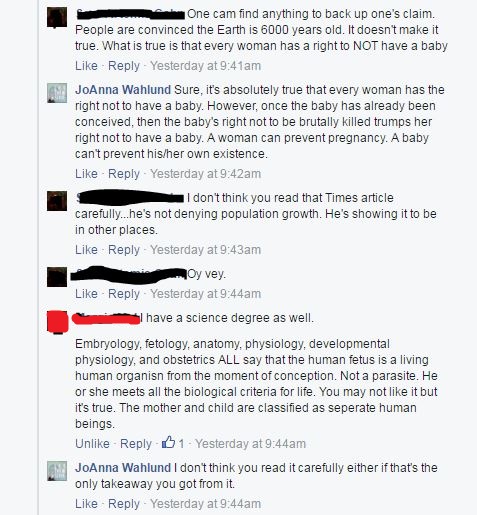 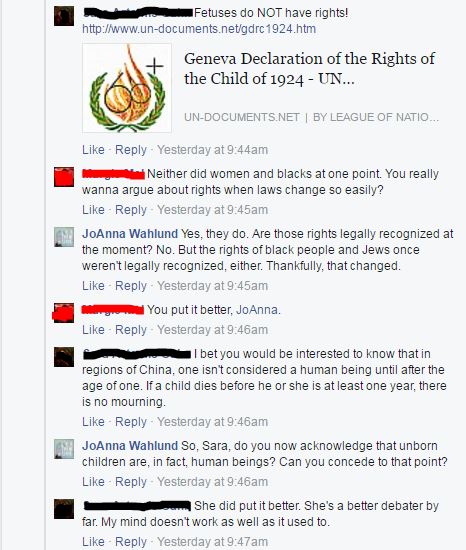 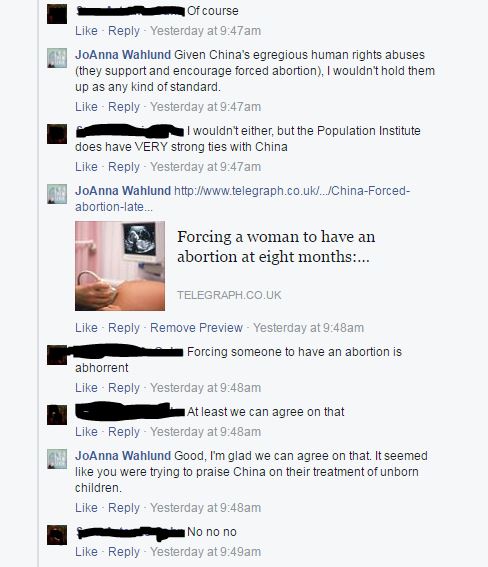 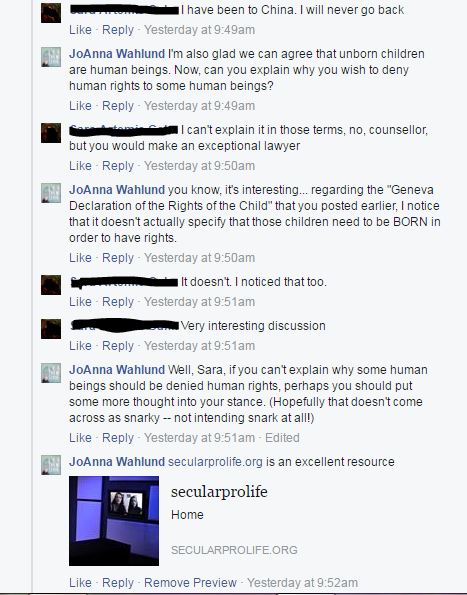 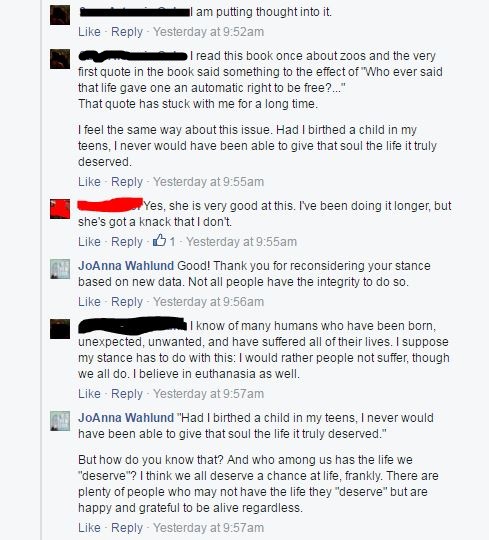 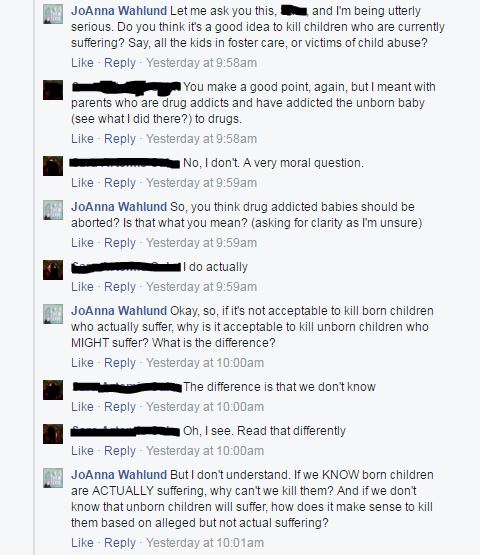 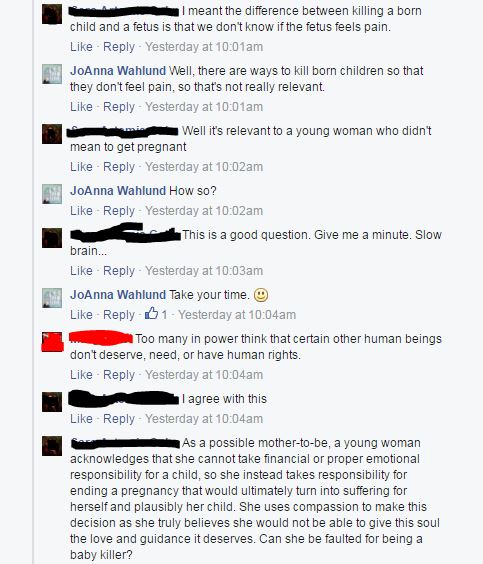 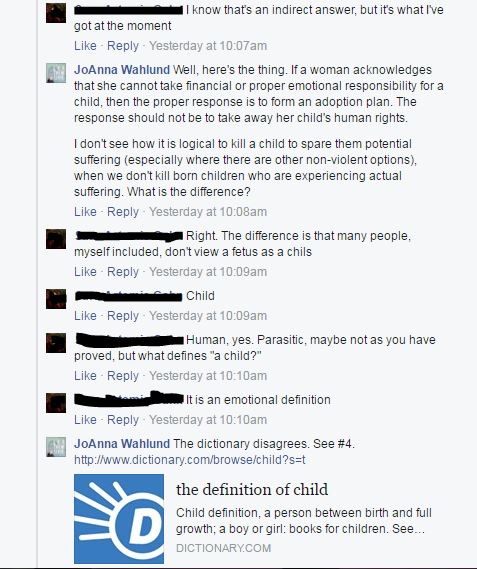 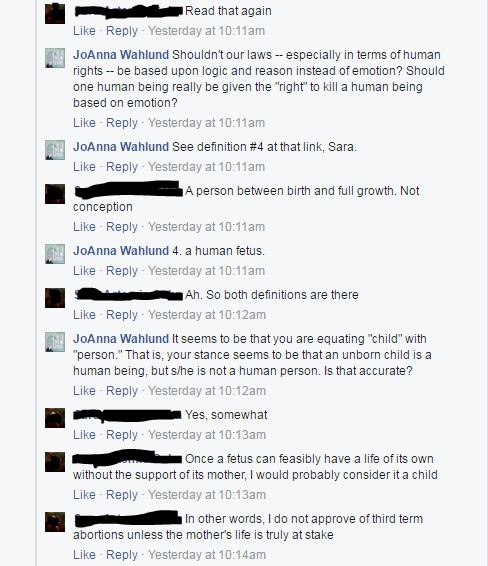 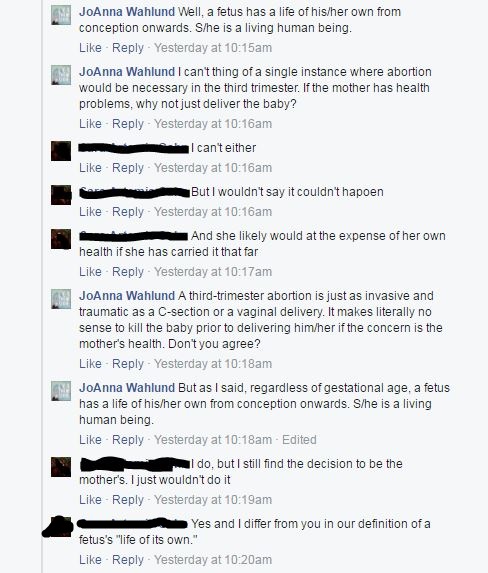 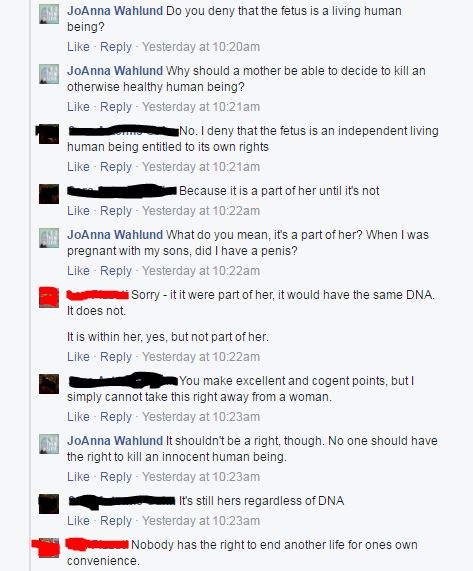 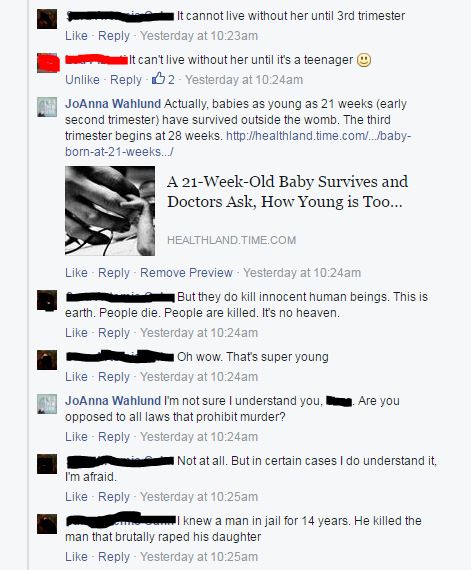 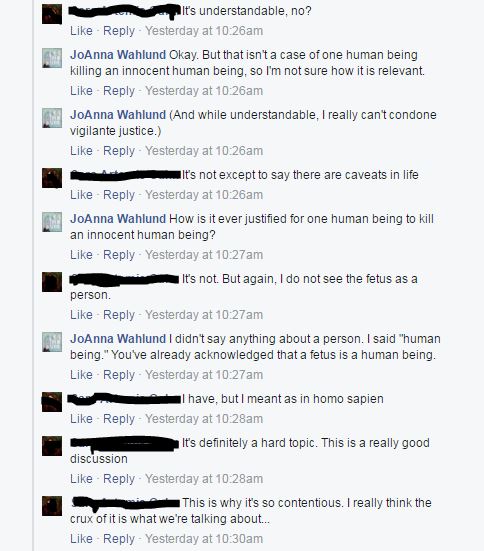 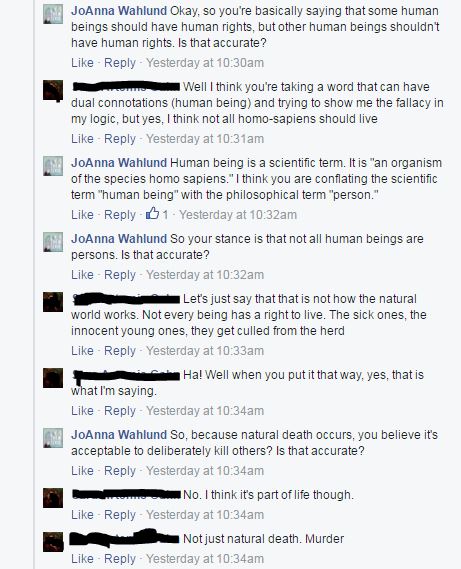 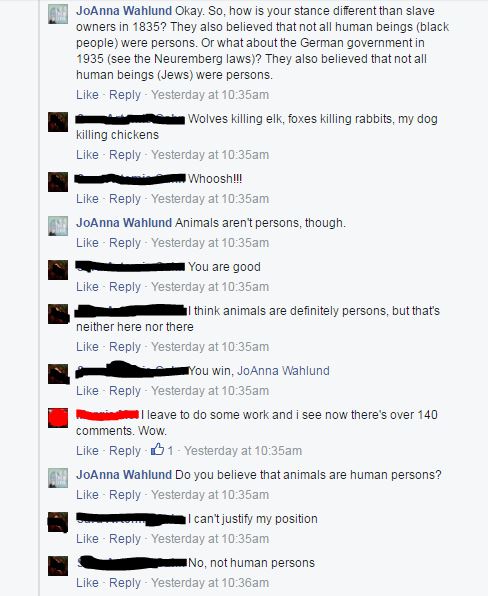 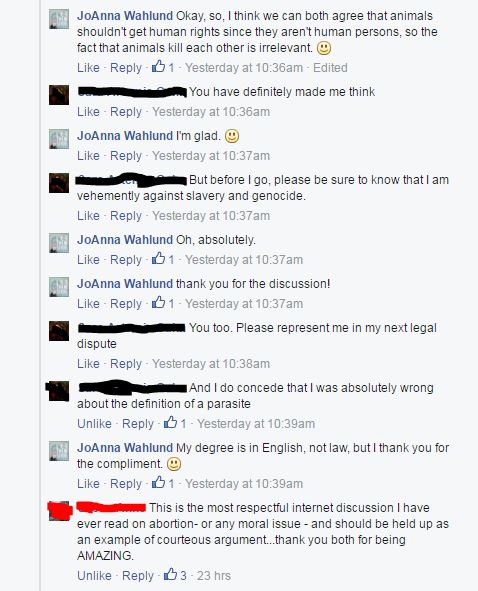