Is That What They Mean By "Choice"? 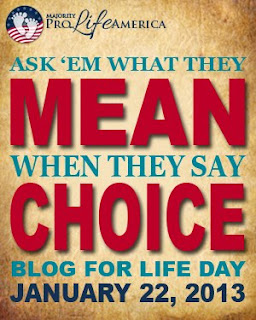 Did you see the story that was all over the news a few weeks ago? The one about the pro-choice advocate who was arrested in a child sex sting?

Oh, you didn't? It's because the MSM ignored the story. If you Google "Scott Richard Swirling," none of the results are from mainstream media sources, but rather from pro-life ones.

Swirling is the former director of the National Family Planning & Reproductive Health Association. Their mission statement is as follows:

The National Family Planning & Reproductive Health Association (NFPRHA), founded in 1971, is a non-profit membership organization established to assure access to voluntary, comprehensive, and culturally sensitive family planning and reproductive health care services and to support reproductive freedom for all.

If you search the site for Swirling's name, there are no results. Guess they didn't waste any time removing any mention of their former director, and they didn't bother to issue a press release decrying his actions, either. How can they, when their organization was an excellent training ground for pedophiles seeking to end a victim's pregnancy?

They seem to be very friendly with other pro-choice organizations, as well. Take a gander at some of the names on their Board of Directors (I counted four from Planned Parenthood), as well as the list of resources they provide on their page about abortion (NARAL, NAF, Planned Parenthood, Guttmacher, etc.).

So, it's safe to say that Swirling was a dedicated and committed advocate of "choice," but he's not a man that pro-choice advocates are currently eager to claim as one of their own right now.

According to the article,


Swirling answered an online advertisement on Monday that had been placed by a task force made up of D.C. police officers and FBI agents.

The detective wrote that he was a "taboo dad" with a "12-year-old girl, very perverted."

Swirling, using the screen name "squiggles 12353," responded, "Kindered [sic] spirts." [Apparently, NFPRHA had no qualms about having a director who hadn't yet mastered third-grade spelling words.]


Over several hours, the two men traded emails discussing their interests in underage girls and traded photos of young girls, including that of the detective's purported 12-year-old daughter.

The undercover detective offered to have Swirling meet the girl in Northwest Washington after she got home from school.

Swirling agreed but backed off that evening. "I am sure you can imagine that I am a bit concerned about a sting," he wrote. [Bolding mine.]

No expression of hesitation about the morality of his act. Only concern over whether or not he might get caught by an undercover operation. That sounds awfully familiar.


[Swirling] asked the detective to send another picture of his daughter, this time with her holding a piece of paper with his name and that day's date so that he could be sure he was not being set up by police.

The law enforcement officer then emailed a photo of the purported child holding a piece of paper that read, "Hi Scott, January 8, see ya soon."

Swirling then agreed to meet at the arranged location and was arrested when he showed up[.]

It seems like Swirling has had experience before in testing whether or not an encounter was a possible sting operation. It's chilling to think that this was only the first encounter in which he was caught.

Doubtless, there have been other encounters. And what does he do if he gets his victim pregnant? Why, he just takes her to Planned Parenthood, of course, and they'll take care of the problem, no questions asked. His experience with NFPRHA likely taught him that Planned Parenthood has no qualms about covering for pedophiles, rapists, or pimps.


This is what legalized abortion has done for our country. For forty years, since Roe v. Wade, abortion advocates have kept chipping away at abortion restrictions in any way they can, in the name of "choice" and "access to reproductive health care." They push for elimination of parental notification laws and age restrictions. Any attempt by pro-life individuals or even moderate pro-choice individuals to place reasonable restrictions on abortion has been met with accusations of a "war on women." But when free and easy access to abortion leads to pedophiles being able to easily "destroy the evidence" of their crimes, who exactly is waging a war on women?

Swirling didn't care about "reproductive freedom"; he cared about getting caught. He didn't care about the health of young women; he wanted to rape without consequences. His experience as a director of NFPRHA didn't teach him that Planned Parenthood was a fearless crusader in the fight to expose rapists and pedophiles; it taught him that they are willing accomplices in a very profitable enterprise ($87 million last year,with net assets of more than $1.2 billion).

I don't need to ask Scott Richard Swirling what he means by "choice," because I already know. To Swirling, "choice" means "a convenient means to cover up and perpetuate the rape of children." How many children were victimized, first by him, and then again by Planned Parenthood, over the years? We may never know.

As long as pro-choice advocates -- including our current President -- get their way, abortion will remain an available, easy option for rapists and pedophiles to skirt the law and hide their misdeeds. Is that what they mean by "choice"?
at January 22, 2013