Why Are We Pushing NFP? Because Sometimes It's Needed.

Emerging from my blogging hiatus to address a particularly tiresome article from the "holier-than-thou" Church brigade.

This time it's Michael Voris hosting an article by Dr. Jay Boyd, claiming that the Church is wrong in "pushing" NFP. 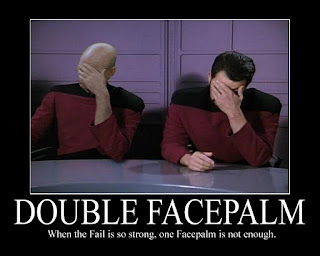 Note that Boyd claims NFP is licit, but claims that those using it to avoid pregnancy aren't adequately discerning grave reasons to do so. She implies that there are very few grave reasons in which it is necessary for a Catholic couple to avoid pregnancy, and it's far better to simply have has many babies as physically possible and leave the rest up to God. (Which is kind of like throwing yourself off a cliff and trusting God to save you.)

This is the comment I left in reply, in its entirety:

"Let [parents] thoughtfully take into account both their own welfare and that of their children, those already born and those which the future may bring. For this accounting they need to reckon with both the material and the spiritual conditions of the times as well as of their state in life. Finally, they should consult the interests of the family group, of temporal society, and of the Church herself. The parents themselves and no one else [not Jay Boyd, and not Michael Voris] should ultimately make this judgment in the sight of God. But in their manner of acting, spouses should be aware that they cannot proceed arbitrarily, but must always be governed according to a conscience dutifully conformed to the divine law itself, and should be submissive toward the Church's teaching office, which authentically interprets that law in the light of the Gospel. That divine law reveals and protects the integral meaning of conjugal love, and impels it toward a truly human fulfillment. Thus, trusting in divine Providence and refining the spirit of sacrifice,(12) married Christians glorify the Creator and strive toward fulfillment in Christ when with a generous human and Christian sense of responsibility they acquit themselves of the duty to procreate."

I've heard Jay Boyd make the claim before that use of NFP is not virtuous. However, she has never been able to back up that claim with actual Church teaching.

It makes no sense, as Jay Boyd is trying to claim, that the Church says NFP is licit but that it should not be used. If it is licit, then Catholics can freely discern whether or not they should use it, and if their reasons are just. Those reasons, however, are subjective, not objective, and only the couple themselves, in the sight of God, can decide if their reasons are just.

It seems Dr. Boyd and Michael Voris are practicing Matthew 23:4: "For they bind heavy and insupportable burdens, and lay them on men's shoulders; but with a finger of their own they will not move them."

Michael Voris is not married. Dr. Boyd had a tubal ligation after two children because she was unaware of Church teaching re: sterilization. They have never had to shoulder the burden of a large family in tandem with the financial difficulties of a subpar economy, mental stress and/or illness, physical illness, etc. (Please note that large families are WONDERFUL and joyful, and those who have large families are to be commended for their great generosity. However, the blessing of a large family also comes with great responsibility, especially financially, unless one is blessed to be independently wealthy.) So it is easy for them to say that couples "overuse" NFP. But thankfully the Church does not teach what they claim it does.

Edit: And because I'm sure I'll be asked - my husband and I have been married since 2001 and Catholic since 2003. We have 5 children on earth, and 3 in heaven. My most recent miscarriage was in June 2015. My doctor has recommended that we avoid pregnancy for 3 months in order to give my body a chance to heal. I'm sure Jay Boyd and Michael Voris would think this reason is not sufficient, but my husband and I have discerned through prayer and reflection that it is, and thus we are using the Marquette Method of NFP to avoid pregnancy. Thankfully we, not them, have the final say in the sight of God. We reevaluate our reasons for avoiding at the start of every cycle to determine of they are indeed just reasons to avoid.

Not surprisingly - although hilariously - Mr. Voris redacted my comment, claiming it was an "ad hominem" attack, and that the details of his and Dr. Boyd's personal lives were irrelevant. [Note: since that time, a moderator for Church Militant contacted me to let me know that he, not Mr. Voris personally, redacted my comment. I have since been banned from commenting at Voris' blog. I guess he just can't handle the truth.]

On the contrary, I think it is very relevant. It's simple truth that those facts are VERY pertinent given the scope of their arguments against NFP. They've never been "in the trenches," so to speak, yet they claim authority on this topic. Neither of them have never had any experience whatsoever with needing to discern their family size in the context of Catholic moral teaching, yet they claim that those of us who are obligated to make this discernment are somehow not being generous enough (despite Church teaching that says no one else can make that judgement except the couple themselves in the sight of God).

Have you heard the conservative argument that it's very easy for liberals to be generous with someone else's money? In the same vein, it's easy for the unmarried (Voris) or sterilized (Boyd) to be generous with someone else's fertility. It's no trouble at all to claim that others can and should have 10+ children when you don't have to bear the burden of feeding, clothing, educating, cleaning up after, and spiritually tending those children.

It's easy for them to tell another couple they aren't being generous enough with their family size when they don't have to pay that couple's mortgage, grocery bills, utilities, car payment(s), student loan and/or medical debt, and other expenses.

It's easy for them to tell another couple they aren't being generous enough with their family size when they don't suffer from hyperemesis gravidarum, bipolar disorder, postpartum depression, or other illnesses.

But for those of us struggling to raise a larger-then-average family in the midst of financial hardship, mental or physical illness, and other serious concerns, we recognize the Church's wisdom in encouraging us to know and learn a method of natural family planning so we can use it if and when we discern it is prudent to do so (and remember, the Church calls us to responsible parenthood, which encompasses generosity and prudence - not just generosity).

Why does the Church "push" NFP? Because it's better to learn NFP in the months leading up to your wedding when you are (presumably) not having sex, so you can chart your cycles and learn your body without having to factor in intercourse. After the wedding, you and your spouse can discern what to do - avoid, achieve, or just ignore NFP completely if that's what you feel God is calling you to do. And if there comes a time where you discern that avoiding pregnancy is needed, you already have the knowledge at your fingertips and don't have the added stress of trying to learn a method from scratch in the midst of stressful conditions (new baby, health difficulties, financial woes, etc.).

The Church also "pushes" NFP because so few Catholics use it. That's what baffles me about Voris, Boyd, and others who discourage NFP. Talk about straining at gnats while swallowing camels! Any Catholic couple who chooses to avoid pregnancy and elects to use NFP instead of contraception should be commended, not condemned. Even if their motives aren't 100% pure (which is impossible for anyone but the couple themselves to discern), at least they are trying to act morally, which is a good first step toward a complete conversion of heart regarding their family size.

After all, NFP can be hard. It’s almost like it was designed to persuade couples who do have allegedly selfish motives that the reasons they have to avoid pregnancy aren’t really that serious. Who voluntarily abstains from sex with their spouse if they don't have a really good reason for doing so?

How does it make sense to attack Catholics who are trying to do the right thing? How does it make sense to take a situation than you have never been in, yourself, and presume to make judgement about it? I don't mind when my priest gives me advice about discerning family size - in fact I welcome his advice, because he knows, thanks to the confessional, the intimate details of my life, my marriage, and my struggles. He's heard the confessions of other couples in my position. He's studied for years, as part of his vocation, to counsel couples in these situations. He is the one of the shepherds the Church has appointed to help me make spiritual decisions.

Neither Voris nor Boyd have been appointed by the Church as the shepherds of other Catholics' fertility - they have taken that responsibility unto themselves and it is most emphatically not needed.

But I will extend an offer to them. They can come and live in my home, among my family, and help my husband and I raise our children and pay our bills. Then, perhaps, we will consult them when discerning our family size.