Vent of the Day

William had a well-child doctor's visit about two weeks ago and got up-to-date on his vaccinations.

Collin requested a copy of William's vaccination record so we could include it with his kindergarten paperwork. The lady at the office said she'd mail it to us.

Fast forward to yesterday, and we still hadn't received it. I called this morning and left a message with the doctor's assistant, asking when it had been mailed. I received a return call earlier this afternoon. The lady I spoke to said, "I hadn't actually mailed it yet, because I wasn't aware it was a priority, but it's in the mail now!"

I simply thanked her and hung up, but more because I was too shocked to say what I was really thinking. Which was, honestly, something along these lines: 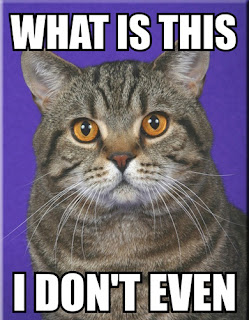 Getting my son's medical record is certainly a priority to me, regardless of the reason I need it! What on earth made her think this wasn't a priority, and why was that her decision to make? Exactly when was she planning to send it out -- a month? Two months? Half a year? When would it become a "priority"?

I'm pretty sure Collin mentioned, when he requested the record, that we needed it for William's kindergarten paperwork. Perhaps my son getting registered for kindergarten isn't a priority to her, but it certainly is to me.

If I decided on my own that a customer's need for information was low priority, without actually consulting the customer, I'd probably get reprimanded or fired. Who does this?

At least ask my husband, "Is it okay if I send this out in a few weeks? We're pretty swamped right now." Because then he could have replied, "Could I just take a copy with me? We really want to get our son's kindergarten paperwork in as soon as possible."

And no, I don't know why they have to mail a copy instead of just getting one at the appointment.
at April 10, 2013