This is a repost from 2011, slightly edited.

Syttende Mai is the Norwegian Constitution Day (the National Day of Norway) and is an official national holiday observed on May 17 each year.

It's a big deal up in North Dakota where I was born and raised... there are usually lutefisk suppers (can't stand the stuff myself, but I adore lefse and rommegrot) and sometimes parades. 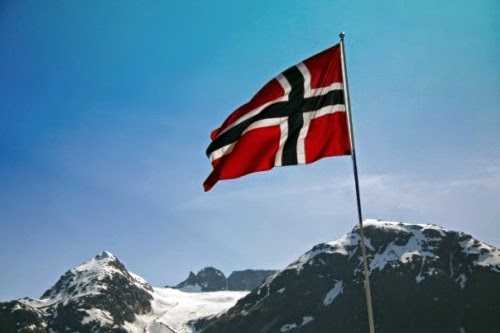 It's also a special day for me for two reasons: (1) it's the anniversary of my college graduation (2003), and (2) the anniversary of the day I got my very first positive pregnancy test (2004). Elanor arrived the following January. :)

In celebration, check out this very cool video of the Norwegian National Guard doing amazing drills on ice.
at May 17, 2014