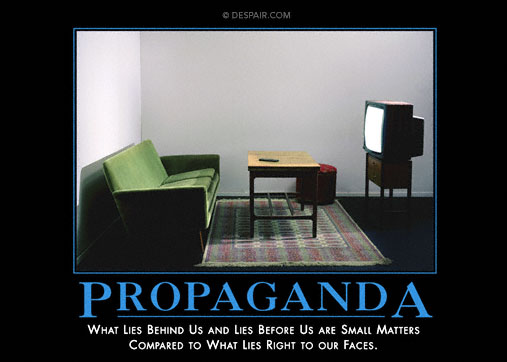 As you may be able to tell from the above image (credit where credit is due), this will not be the cheeriest of Quick Takes.

1. I had a fairly bizarre e-mail conversation with Mike Gendron, a fallen-away Catholic who now leads an anti-Catholic organization called "Proclaiming the Gospel Ministries" (the website is www.pro-gospel.org, but I don't recommend visiting... the less hits that guy gets, the better; instead, visit John Martignoni's Bible Christian Society to get a good idea of the false information he [Gendron] disseminates).

At any rate, I posted my exchange with him at the Catholic Answers Forums if anyone's interested in reading (it spans several posts so be sure to read all of the thread to see the whole thing). Notice how he refuses to answer any direct questions and changes topic whenever cornered with something he can't answer?

This guy is truly deluded and could use some serious prayers.

2. Then, on Jill Stanek's blog, I replied to her post regarding that awful story in the New York Times about the woman who aborted one of her twins because she apparently didn't feel like having two babies (ugh). A rabid pro-IVF supporter named "Maria" and I had a back-and-forth conversation in which she made this accusation:

And to Joanna, you have been pregnant six times, that you know about, because you got a positive pregnancy test, because the embryo implanted. You actually intentionally caused the death of many more embryos if you had unprotected sex more than 6 times. You can sugercoat [sic] it and call it a miscarriage if it makes you sleep better at night, but by your logic, the simple fact that you deliberately took that chance of having unprotected sex more than the 6 times you were pregnant makes you a baby killer like me.

Yeah, that's right. Apparently, if I have ever conceived a child that did not implant, it was my fault that the baby died because... I should have contracepted so that s/he didn't get conceived in the first place? The whole conversation is just one long ride on the crazy-train.

3. Here's a gem from a pro-abortion advocate at Leila's blog, during a discussion about the humanity of the unborn: "But that zygote that I started out as wasn't me."


4. Oh, hey, did you know that "the National Organization of Marriage (NOM) [...] has prepared a campaign pledge that calls for Republican candidates to promise to 'investigate' gay Americans if elected president?" So says this "news" site.

Interestingly enough, if you read the actual text of the one-page, six-paragraph pledge, it doesn't say that at all! Rather, the candidate promises to "establish a presidential commission on religious liberty to investigate and document reports of Americans who have been harassed or threatened for exercising key civil rights to organize, to speak, to donate or to vote for marriage and to propose new protections, if needed."

Can someone please explain to me how investigating harassment and civil rights abuses equates to "investigating gays"? Anyone? Anyone? Bueller?

Somehow I don't think the MSM will be very quick to expose the lies of this so-called news source.

5. Apparently, Ron Paul has suddenly ceased to exist. In an eerie Sixth Sense-like plot development, Jon Stewart is the only one who can see him:


I'm not a rabid Ron Paul supporter, but for crying out loud, the guy deserves to be treated as a viable candidate given his poll numbers.

6. And don't even get me started on this guy who claims that pro-lifers aren't morally consistent unless we start killing abortionists to save babies (because not doing so means we don't care about saving babies, apparently). Sigh.

7. To end my depressing Quick Takes, a Dilbert cartoon that further serves to convince me that Scott Adams has hidden cameras at my place of employment:

It all makes sense now.