Thank you to our Veterans! I'm very proud of the two servicemen in my family. This (middle) is my cousin, Sgt. Adam Walsvik, who serves with the 188th Engineer Company in the North Dakota National Guard. He's currently serving in Afghanistan. Here's an article about an award that Adam won last year. (Incidentally, I had no idea my cousin knew General Hammond. LOL!) 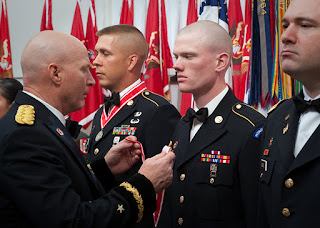 This is my uncle, Command Sgt. Maj. Joel Walsvik (he is also Adam's uncle). I am his namesake (I was named after him and my great-grandmother Anna). He's also with the North Dakota National Guard, and has served several tours of duty in Iraq and one in Kosovo. 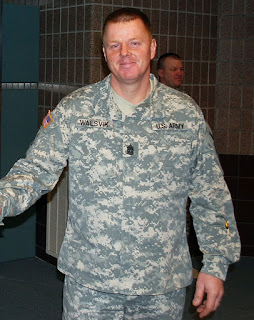 Here's an article about some awards he recently bestowed to fellow ND National Guard soldiers.

Anyway, back to more mundane topics. I try to restrain myself from being snarky to total strangers on Facebook, I really do, but there are some occasions where I just can't resist. Case in point, from Kohl's FB wall: 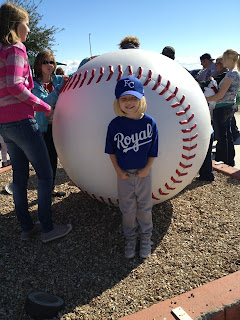 I met Kara in person on Saturday, at her sweet girl Tessa's 2nd birthday party! We were both so busy running after kids that we forgot to take a picture together, but she got a great one of our oldest daughters together: 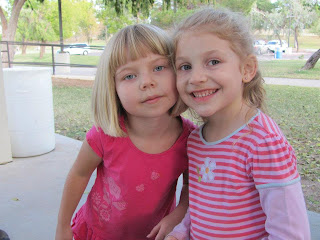 (My daughter Elanor is on the left; Kara's daughter Amelia is on the right.) They became fast friends!

Violet particularly enjoyed the cupcakes at the party: 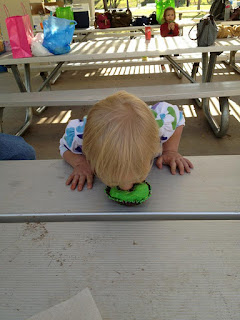 By the way, did anyone else know that Google released an official Blogger iPhone app back in September? It makes posting on the go a lot easier, especially when it comes to uploading pictures! That'll come in handy for updating my blog after Senor/ita Cuatro arrives. Plus, it's free.