On Saturday, November 10, my husband graduated from the University of Phoenix with a bachelor’s degree in Information Technology with an emphasis in Software Engineering. 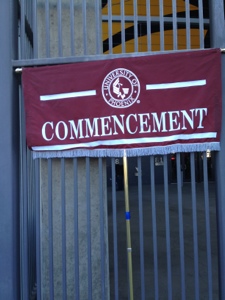 His college career started in 1993, when he was 18 years old. Nineteen years later, after a diagnosis of bipolar disorder, his parents’ divorce, our marriage, six kids (four on earth, two in heaven), various full- and part-time jobs in the IT/tech support industry, and going to three different universities in two different states, off and on… he finally reached his goal. 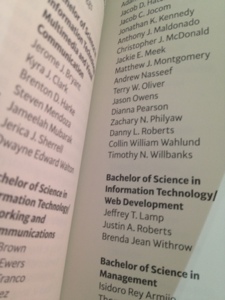 The last two and a half years, he was taking classes full-time while working full-time and being a full-time parent.