How did I miss the baby names link-up at Team Whitaker?? I adore discussing baby names! Plus, I need a topic for day 3 of the 7 posts in 7 days challenge. (It's a link-up within a link-up!) 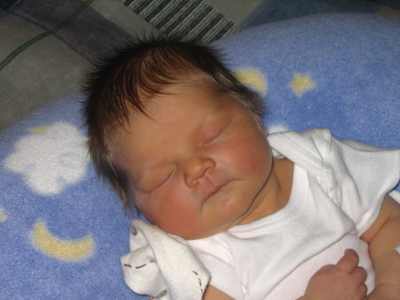 It was important to us to choose a name that would fit our daughter as a child and as a woman. Also, we wanted something unique but not outlandish.

“Elanor” is a name from the Lord of the Rings series by J.R.R. Tolkien. (The books, not the movies!) The first reference is in The Fellowship of the Ring – an elanor is a golden, star-shaped flower that blooms in winter in the forest of Lothlorien. In Return of the King, Samwise Gamgee and Rosie Cotton name their firstborn daughter Elanor (the name is suggested to them by Frodo Baggins). Both Collin and I are huge Tolkien fans, and we both loved the name. Also, I liked the nickname “Elly” or "Ellie" for a little girl and thought that “Elanor” was an elegant name for a woman.

“Mary” is a reflection of our Catholic faith – it’s in honor of the Virgin Mary, mother of Jesus, and also after the Basilica of St. Mary in Minneapolis, MN, where Collin and I were both confirmed into Catholicism. 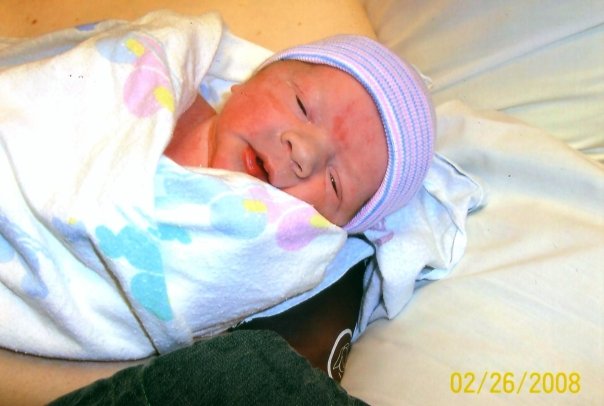 William is named after Collin's maternal grandfather, who is also William (but goes by Bill or Billy). Collin's middle name is William as well.

Joseph was a last-minute decision on our part -- we'd originally picked out William James as our boy name during my pregnancy with Elanor, but then my brother gave his second son, born about nine months before William, the middle name of James. It wouldn't have been a big deal to have two cousins with the same middle name, but I had started thinking seriously about Joseph as a way to honor both St. Joseph as well as Pope Benedict XVI (born Joseph Ratzinger). A few minutes after William was born, I asked my mother (who'd been present at his birth) if we should use James or Joseph as his middle name, and she promptly replied, "Joseph, after you." So he became William Joseph. 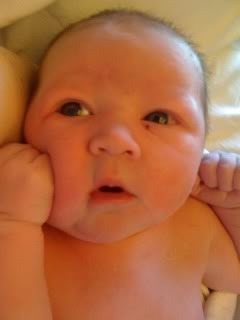 Violet is named after my paternal grandmother Violet, who is delighted to have a namesake. It's proven to be very appropriate, as she strongly resembles her great-grandmother! Her middle name is after St. Elizabeth (Collin also has a cousin named Elizabeth, so we liked that it was also a family name on his side). I have loved the name Elizabeth since I was a little girl, and lobbied hard to use it for Elanor, but Collin vetoed it because he had an ex-girlfriend named Elizabeth. During my pregnancy with Violet, I talked him into using it as a middle name. My great-grandmother's middle name also begins with E, and our last names both begin with W, so I love that Violet has the same name and the same initials as her great-grandmother. 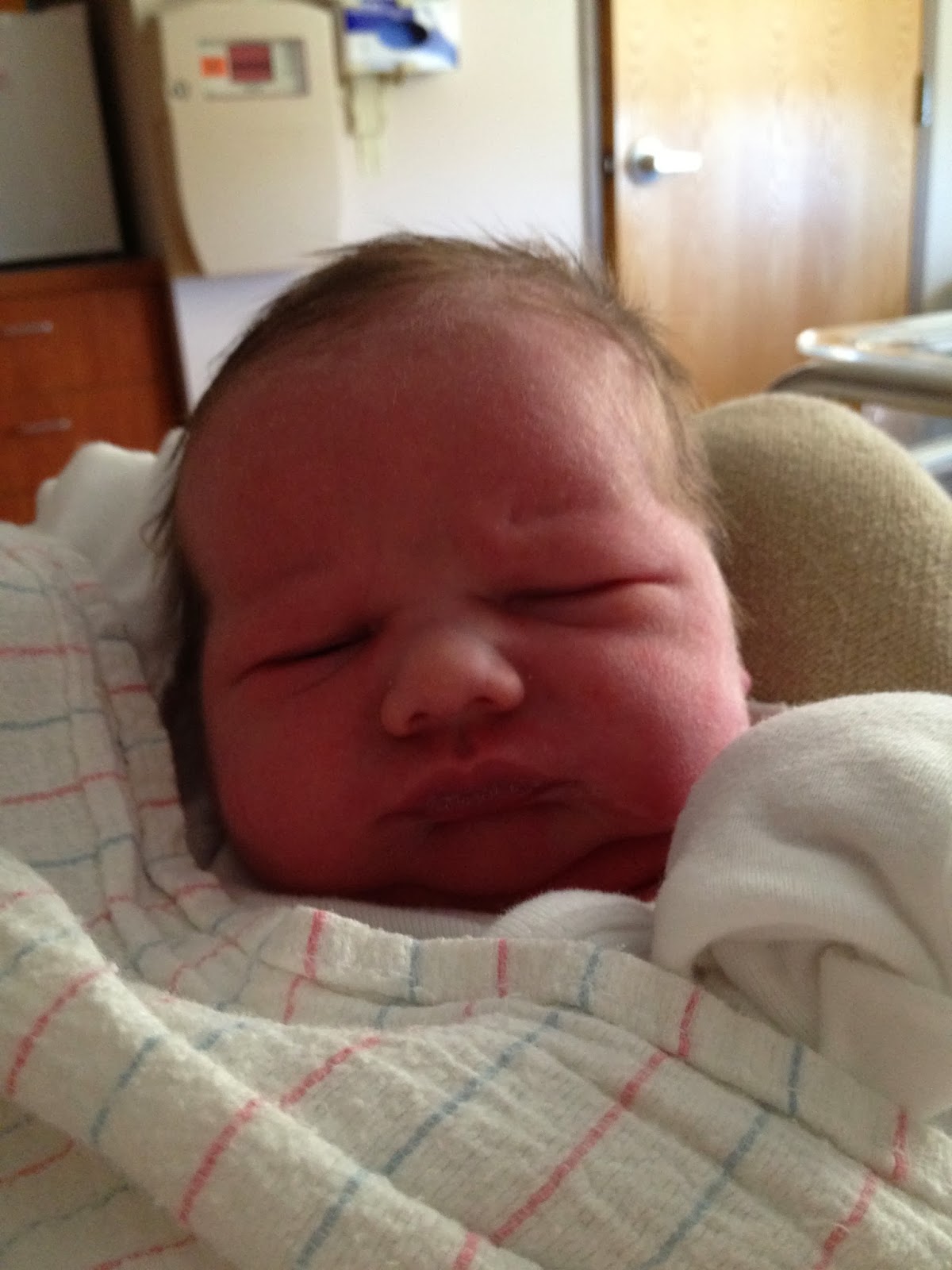 Gabriel Keith was the boy name we'd had picked out for Violet, had she been a boy, so it's one we'd been waiting to use for a while.

Gabriel is Collin's confirmation name, and as an added bonus this baby was conceived on the Feast of the Annunciation, making it very appropriate. Plus, the name goes with the "Holy Family" theme we had going with our older kids' names (their middle names are Mary, Joseph, and Elizabeth).

Keith is my father-in-law's name, and we wanted to honor him as well. We also liked the initials G.K., in honor of G.K. Chesterton, one of my very favorite authors (Collin and I were confirmed into Catholicism on his birthday!). 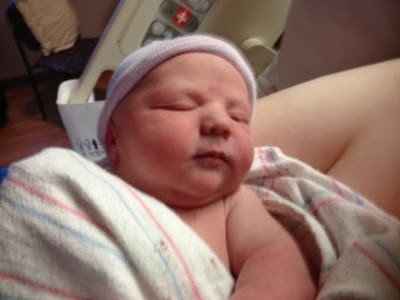 During my pregnancy, I liked Theodore James, after my great-grandfather and great-uncle, and Benedict Francis, after the current and former pope. Collin was iffy about Theodore and was unsure about Benedict Francis. He's a great admirer of the Pope Emeritus, but we'd already given William the middle name of Joseph as a way to honor him. As a compromise, he proposed the name Peter, which was a nod to the see of Peter and a way to honor both popes. I was iffy, though, because I had a former boss named Peter who had been a nightmare to work for, and told him I'd think about it.

However, the strangest thing happened. I started seeing the name Peter EVERYWHERE -- in books, magazines, online, etc. It was like God was purposefully putting the name in front of me at every opportunity. We spent some time with Collin's aunt, whose hobby is genealogy, and found out that Peter is actually a family name -- I think Collin's paternal great-grandfather (or maybe great-great-grandfather) was named Peter.

I was also mulling over using "David" as a first or middle name, as it's my father's name, but didn't think about using it in conjunction with Peter until Collin and I went to Phoenix Comic-Con and met one of my favorite sci-fi authors, Peter David:

When we were in our hotel room, I commented to Collin, "You know, Peter David is actually a really nice-sounding name." He agreed, and we talked it over a few more times before deciding on it definitively a few months later. (Regarding my hesitation with using the same name as Nightmare Boss -- ultimately, I decided that I wasn't going to let some jerk over a thousand miles away, whom I hadn't seen or talked to since 2007, spoil a great name.) It fit, quite nicely, all our naming criteria - saint's name, family connection, and a tangential connection to geekdom. Now that he's here, I'm told constantly that he "looks like a Peter," so I guess it fits! 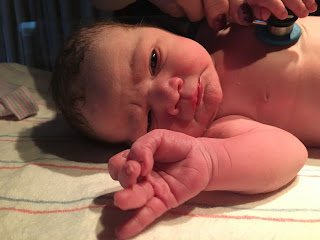 Laura is named in honor of her aunt and my younger sister, Laura Linnae Walsvik, who was born at 28 weeks gestation on December 3, 1981 and died December 4, 1981. I was only 13 months old when she was born and died, so I don’t remember her, but I have always thought about her (and later, after I became Catholic, I began asking her to pray for me). Before we officially decided to use Laura as our girl name, I did ask both of my parents how they felt about it first, as we were willing to choose a different name if having a granddaughter named Laura would cause too much pain or sorrow for them. But both of them said they would consider it an honor.

When I brought up Laura as a name possibility to my husband, he liked it immediately — we were both born and raised in North Dakota, and given the famous writer Laura Ingalls Wilder (one of my favorite authors), we felt it was a name that was a subtle tribute to our “prairie” roots.

I also liked it because it means “laurel,” which is a symbol of victory, and our Laura is a rainbow baby after two consecutive miscarriages at 12 weeks. Our other girls have flower names as well (Elanor – which is a flower in the Tolkien universe – and Violet) and we didn’t mind continuing the theme.

As icing on the cake, I realized that January 22 was the feast day of Blessed Laura Vicuña. Our baby was due January 23 and ended up coming on January 21!

Rose is a name that I have always loved, and for a long time I wanted to use it as a first name, but my husband preferred it in the middle name slot. My best friend and former college roommate is named Roselyn and goes by Rose, and I wanted to honor her as she has been a good friend to our family. I also liked the nod to St. Rose of Lima. Plus it’s another Laura Ingalls Wilder connection (her only daughter was named Rose).

Edited to add: We also named the four children we lost to miscarriage.  The first baby we lost was conceived in October 2006 and died in December 2006. I had a D&C a few days before Christmas, and we named him/her Noel. We wanted a gender-neutral name, and it reflects the time of year when s/he is most often in our thoughts.

The second baby we lost was conceived in February 2009 and died in March 2009. We named him/her Chris, which can stand for either Christopher or Christina. We chose that name in honor of Collin's best friend (and Elanor's godfather) Christopher, who helped guide us in our journey towards Catholicism.

The third baby we lost was conceived in March 2015 and died June 1, 2015. We named him/her Francis, after Pope Francis.

The fourth baby we lost was conceived in August 2015 and died on October 28, 2015. Since it was the feast day of St. Jude on the day s/he was lost, we named him/her Jude.

JoAnna Renae - JoAnna was not the name my parents had picked out for me. I was originally going to be "Rhende" (pronounced like Wendy, only with an R) after a college friend of my mother's. However, after I was born my parents decided that I didn't look like a Rhende and starting thinking about a different name. My mother proposed Jo, after my uncle Joel, and my dad proposed Anna, after his grandmother. They compromised with JoAnna. Renae is after another college friend of my mother's (I think).

Collin William - My father-in-law's middle name is Colin, and his parents added an L because they liked that spelling better. William is after his maternal grandfather.
at February 26, 2014

Email ThisBlogThis!Share to TwitterShare to FacebookShare to Pinterest
Labels: 7I7, baby names, link-up