Pope Francis and the Dirty War

The hit pieces have begun, of course, with all sorts of accusations being hurled at Pope Francis.

One of the more prevalent attacks I've seen is the claim that then-Father Bergoglio was complicit in the 1976 kidnapping of two liberal Jesuit priests during Argentina's "Dirty War," in which over 30,000 people were killed.

However, according to CNN (hardly a friend of the Church):

"The best evidence that I know of that this was all a lie and a series of salacious attacks was that Amnesty International who investigated that said that was all untrue," said Jim Nicholson, former U.S. Ambassador to the Holy See. "These were unfair accusations of this fine priest." - source

Also, I've seen several media sources conveniently leave out the fact that Father Bergoglio actually worked secretly to save the lives of those priests, among many others.

Is our new Holy Father an impeccable, perfect man? No, because he is human. He has made errors and committed sins. But he is definitely not the monster that some would like to portray him to be.

If you see these lies being bandied about in comboxes or other social media, please ask the accusers to contact Amnesty International so they can get their facts straightened out. 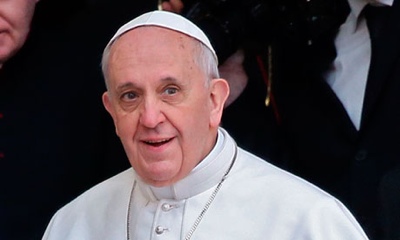